Leave No One Behind: “Free TB treatment in Africa saved my life” – Timpiyan 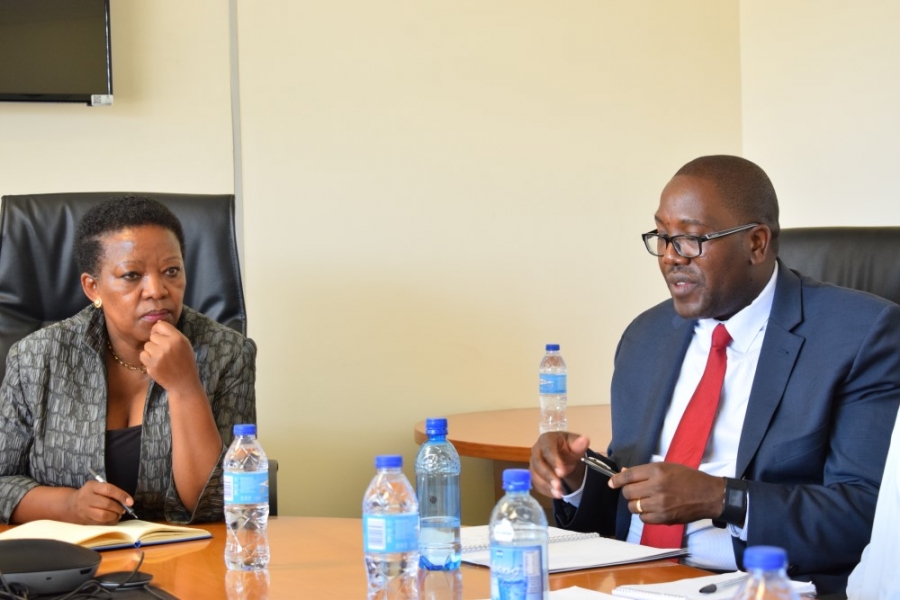 World Health Organization (WHO) reports that in 2016, Tuberculosis (TB) killed more than 10 million people globally, with 6.3 million new cases recorded the same year.  Out of those infected by TB, not many live to tell their story. Timpiyan Leseni from Kenya is among those who have overcome TB infection, and is now using her experience to advocate for an end to TB.Timpiyan claims that she was able to overcome the diseases largely due to the free TB treatment that is offered in Africa, and considers herself lucky to have been surrounded by family and friends who provided care and supported her during illness.

TB is the biggest infectious disease killer in the world and remains a major problem in Africa, home to 16 of the 30 High Burden TB countries in the world. TB continues to spread and people continue to die from the disease on the continent. Speaking in Moscow, Russia during the First WHO Global Ministerial Conference on Ending TB in the sustainable development era, WHO Director General, Dr Tedros Adhanom Ghebreyesus revealed that there are over 4 million people with TB in the world who don’t even know they have it – they are left behind.
“No one should get sick and die from TB because they cannot access medication and care”, claimed Dr Tedros.

Free diagnosis, the solution to increasing TB coverage in Africa

More TB deaths could be prevented with early diagnosis and appropriate treatment. For the world to reach the 2030 target to reduce TB deaths by 90%, there is need to expand access to TB prevention, enhance diagnosis and accelerate treatment. TB survivor, Timpiyan says that in addition to free TB treatment that undoubtedly saved her life, African countries must begin to offer free TB X-ray because most poor people have no access to TB treatment as they cannot afford the cost of the TB X-rays at the hospital.

Responding to this problem, the Ministry of Health in Lesotho has taken lead on the continent by purchasing digital mobile X-rays that will be used in improving the delivery of TB diagnosis services in the vulnerable and most marginalized communities, which are hardest hit by the disease. This approach in Lesotho aligns with sentiments by the WHO DG, Dr Tedros who has called for countries to take the fight against TB on the frontline, and focus efforts on the most affected countries, targeting the most vulnerable communities.

This above approach in Lesotho has been made possible by the Southern Africa Tuberculosis and Health Systems Support (SATBHSS) project funded by the World Bank (WB) at a total cost of USD 122 million and implemented in four Southern African Development Community (SADC) countries: Lesotho, Malawi, Mozambique and Zambia. NEPAD Agency and East Central and Southern Africa Health Community (ECSA-HC) have teamed up to provide the technical support to the countries in the implementation of the SATBHSS project.

Timpiyan further makes an appeal to global leaders to consider streamlining approaches by working through the communities and employing adequate community health workers to provide care and support to the TB patients and help to address issues of stigma.

“I survived TB because I received the needed care and support from my parents, some of the patients are not fortunate enough”, Timpiyan said.
Solutions to TB have to be developed to fit our own context and challenges in Africa, and the community approach is a highly favourable one. Most importantly, Africa must address the social drivers of TB on the continent by translating the strategy and rhetoric in to community action.

WHO Regional Director for Africa, Dr Matshidiso Moeti reverberated this call by asserting that Africa must expand access to TB patient centres of care and also stay on course to achieving Universal Health coverage. She further emphasized the need to employ community health workers on government payroll so that we begin to move away from the current scenario where most of the community health workers are either part-time or sponsored by private companies or Civils Society Organizations (CSOs). Of course, the efforts of private sector and CSO matters, and it is important to work in a multi-sectoral approach to effectively address the social drivers of TB, not only at the national level but also in a multi-sectoral approach at the community level. The two dimensions have to be enhanced in parallel as they are both equally critical in tackling the burden of TB in the African context.

There is also need for political will and funding to achieve the 2030 targets in Africa. Currently, there is a funding gap of 26% to adequately address the burden of TB on the continent, Dr Moeti implored African countries to find innovative ways and strategies to increase domestic funding if we are to indeed Leave No One Behind in Africa. It is time to move forward from just making pronouncements and Calls to Action, but turning these in to Decisive Action at the highest level. WHO reaffirms its support and will walk with the African countries every step of the way to ensure there is collective efforts and shared responsibility in addressing the burden of TB because the disease knows no borders. It affects people across national boundaries.

With the necessary political will and funding on board, resources can be invested in Research and Development (R&D) and supporting African scientists to conduct research and develop advanced treatment methods to combat the disease of TB. R&D must particularly focus on combating Multi Drug Resistant TB (MDR-TB) which currently takes longer to cure, is more expensive to treat and has more toxic treatment.

It also affects households quite severely due to the disease burden and care required to complete the treatment which can take up to 24 months compared to 6 months of regular TB. In addition, it is a well-known fact that HIV and TB influence each other, hence Africa will fail to address the burden of TB if efforts don’t take in to consideration co-inf4ction rates and devise a common agenda that responds to the social drivers of HIV and TB con-infection.

At the end of the Global Ministerial Conference on Ending TB in the sustainable development era, 74 Ministers of health and other sectors drawn across the world agreed to sign the Moscow Declaration To End TB. The Declaration involves 4 commitments and calls to action; (i) advancing the TB response within the Sustainable Development Goal (SDG) agenda (ii) ensuring sufficient and sustainable financing (iii) pursuing science, research and innovation (iv) and developing Multisectoral Accountability Framework. A total of 1000 people attended the Conference representing 125 countries, along with over 1250 partner organizations.

Timpiyan is working with communities in Kenya to advocating for an End to TB in Africa, by reaching one person at a time. If we all do our part and work together, it’s possible to End TB in Africa for good and Timpiyan has become a living testimony and champion that TB can be overcome and no one should ever have to die from the disease. The SATBHSS project is also implementing innovative approaches to solving the problem of TB in the most affected, and most vulnerable communities in the SADC region. By implementing innovative approaches across national boundaries, the project will ensure that no one is left behind.