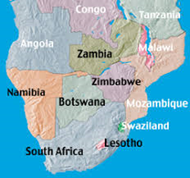 Zambia is a landlocked country in Southern Africa, which covers a total area of 752,612 square Kilometers. As a Lower Middle Income Country with a population of about 13.1 million[1] people and a population growth rate of about 3 percent per annum, the country has been implementing the Vision 2030 since 2006, which aims at transforming it into a prosperous middle-income nation by 2030[2].

Zambia’s economy is primarily driven by the mining, agriculture, construction, transport and communication sectors. The country has implementation wide ranging policy reforms which are aimed at achieving economic growth. The 2015 LCMS results show that majority of the population continues being adversely affected by poverty. In 1996, the headcount ratio of the population living below the poverty line was 69 per cent, declined to 61 per cent in 2010 and 54.4 in 2015. The recent unemployment rate[3] of 7.8 percent (CSO, 2012). This is higher than the global average of 6 percent (ILO, 2013). The problem of unemployment is more prevalent in urban areas and amongst the youth, women and people with disabilities.

Since 2000, Zambia has successfully implemented three National Tuberculosis Strategic Plans (NSP). The NSP 2014-2016, that was adopted from the Global STOP TB Strategy focused on scaling-up intensified TB case finding, TB-HIV collaborative services and building the structure for implementing Programmatic Management of Drug-resistant Tuberculosis (PMDT). Within this period Zambia successfully conducted the first ever National Tuberculosis Prevalence Survey. This survey shows that there is a higher and unevenly distributed TB burden than previously estimated with over 40% of TB cases undiagnosed and/or unreported. The prevalence of bacteriologically confirmed TB is 638 (502-774) per 100,000 populations. The hotspot for TB notification in Zambia are Lusaka, Copperbelt, Western and Central provinces. TB prevalence for all ages and all forms of TB is 455 per 100,000 populations. According to the World Health Organization (WHO), Zambia is now one of the thirty countries in the world with high TB and TB-HIV burden.

Based on the Global End TB Strategy and the National Health Strategic Plan the Ministry of Health has developed its post-2015 End TB National Tuberculosis Strategic Plan. The plan will mark the beginning of efforts toward ending the TB epidemic by 2035. Through government stewardship and political commitment, the plan will include three goals: a) Reduce by 20% the 2015 TB prevalence baseline level of 455 per 100,000 persons by 2021, b) Reduce by 35% the 2015 TB mortality rate baseline of 32 per 100,000-person population by 2021 and c) End the TB epidemic in Zambia by 2035 and TB-affected families face no catastrophic costs due to TB. The key challenges for TB program include.
Strategic Directions: Zambia is focusing on sustaining the implementation of known high impact interventions which include: intensified TB cases detection prioritizing populations and geographical areas with high TB burden; implement early TB case detection, treatment of latent TB infection (LBTI) and treatment among key affected populations (persons living with HIV, Children, prisoners, miners, diabetics); introduce and implement sensitive TB diagnostic algorithm and roll out of rapid TB diagnostic tools (Expert MTB/RIF, TB-LAMP); scale up MDR-TB management to all the provinces and districts and introduction of e MDR-TB shorter regimen. Efforts are being made to identify and address social determinants of health that worsen the TB problem. This require working with non-traditional health departments and Ministries such as Ministry of Housing and Ministry of Mines. In order to ensure cost effectiveness, efforts will be made to integrate TB control efforts with other public health programmes such as maternal and child health programme. The Southern Africa TB Health System Strengthening project will benefit Zambia as it strives to attain improved coverage and quality of TB control and occupational lung disease services in targeted geographical areas, in order to attain a Tuberculosis-free Zambia by 2030. 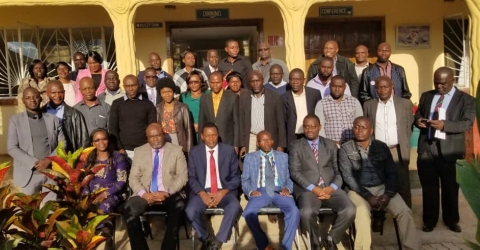 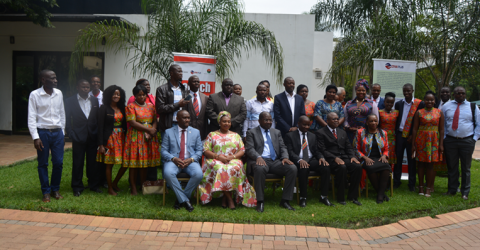