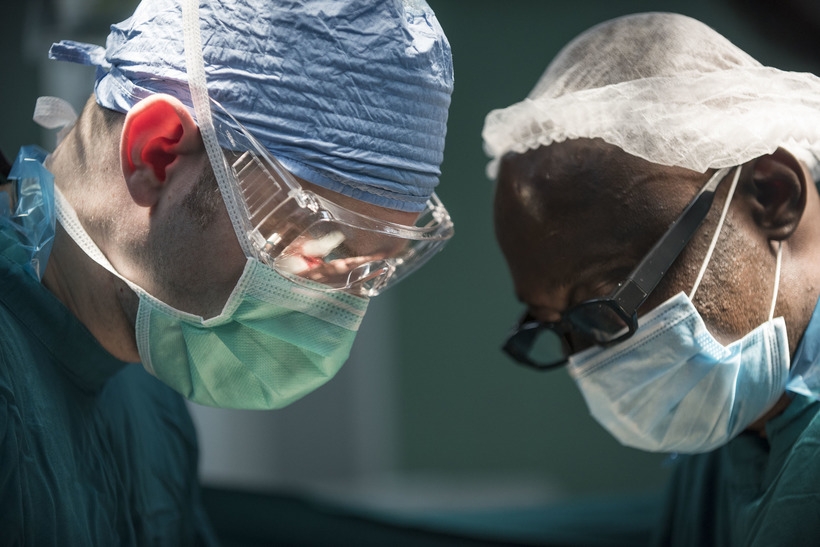 Forget AIDS, malaria, SARS or Ebola. The real threat to global health is an old and well-identified foe that caused nearly 25% of all deaths in Europe in the 18th century: tuberculosis (TB). Unfortunately, the world is being complacent about it. The fight against TB has lagged behind. Who knows for instance that TB is among the top ten causes of death globally and the leading infectious cause of death with 1.5 million people dying every year due to the disease? The United Nations (UN) aims to eradicate TB by 2030 but in order to achieve this bold objective, policy makers and international bodies should remember some of the lessons learned during the fight against malaria and HIV/AIDS.

Today, the TB epidemic is particularly prevalent in Africa. But, beyond the huge challenges it poses to health and economic development on the continent, the hot spots found in Africa form pockets of resistance and hotbeds that could jeopardize the global control of tuberculosis and undermine global health. For instance, out of the estimated 10.4 million people who fell ill with TB in 2015, 2.7 million originated from Africa. The continent accounts for 281 new TB cases per 100,000 population. This exceeds the World Health Organization (WHO) emergency threshold of 250 per 100,000 and accounts for 34% of TB deaths.

Compounding Africa’s response to TB is the proliferation of Multidrug-resistant tuberculosis (MDR TB), which may be even more prevalent than previously appreciated. MDR TB, which infects an estimated 450,000 people worldwide every year, is not new. It has been recognized since the first WHO global survey on drug resistance in the late 1990s. However, research shows that drug resistance has reached alarming levels with the emergence of strains that are virtually untreatable with existing drugs. The recent report of an outbreak of extensively drug-resistant TB (XDR TB) in South Africa, with its extremely high case-fatality rate, has drawn wide attention. Co-infection with HIV/AIDS also exacerbates the TB challenge in Africa. There is a real danger that these new forms of TB expand out of Africa because of the highly contagious nature of TB.

If the continent is to win the war against TB by 2030, efforts have to be targeted where it matters most: in the vulnerable communities and hot spots for the spread of the disease such as mining communities (more vulnerable because of silica dust exposure), transport corridors, labour sending communities, correctional facilities, migrants and refugees. The unique relationships between TB and HIV, TB and poverty, and TB and mining require a multi-sectorial integrated approach. For instance, involving organisations responsible for labour and mining will facilitate tackling TB as an occupational disease. Investment from the private sector can also accelerate the fight against TB in Africa.

Also, as is often the case, the best solutions to common challenges facing African countries are often found at the regional level. As a communicable disease, TB moves across borders and hence efforts need to focus on tackling the challenge as a regional public health challenge. The good news is that regional efforts have been initiated in Regional Economic Communities (RECs). For instance, the Southern Africa Development Community (SADC) region adopted Harmonized TB Management Guidelines and Cross-border Referrals in the Mining Sector. This is the first true effort to coordinate a regional policy and should serve as a basis for future action.

African countries need to build on these initiatives by investing in rapid diagnosis and treatment of cases. Unfortunately, most health systems on the continent face huge challenges, including limited human resources and financing, weak laboratory diagnostic capacity, weak and non-standardised TB prevention and treatment strategies and protocols as well as weak occupational health systems.

The World TB day commemoration on March 24 presents African governments with an opportunity to take stock of actions being taken and galvanise efforts towards ending TB by 2030. One piece of good news on this front is that the UN has grasped the emergency and will hold a high level meeting on TB in 2018. This will allow the international community to define a global strategy that will also be the topic of a WHO global ministerial conference on the fight against TB to be convened in November 2017 in Moscow. Africa is preparing itself to defend a common vision to tackle the disease.

TB presents a huge challenge to Africa but this comes with an opportunity to completely rethink our health care systems. The continent also has the opportunity to take a collective stand and be a driving force against the spread of this disease. As the main victim of the disease, Africa certainly deserves international support, but it should also aim at proving it can lead the struggle for a world freed from TB.