In partnership with the WB and Member States, the NEPAD Agency and East, Central and Southern Africa Health Community (ECSA-HC) collaborate to provide technical support in project implementation in the participating countries.

Globally, Tuberculosis causes more deaths than HIV/AIDS annually and it is estimated that 1.5million people died of Tuberculosis in 2014 with Africa accounting for 450,000 deaths, the second highest in the world. The Southern Africa sub-region is the epicentre with the highest Tuberculosis case rates on the continent with elevated TB/HIV coinfection rates.

This project is a response aimed at addressing some of the challenges of Tuberculosis in Africa by targeting the most affected areas and communities in low income countries.” As a result, this project targets interventions in the mining communities, transport corridors and cross-border areas of the participating countries in the SADC region, as well as the neighbouring countries.

Due to high levels of inter-regional economic activity in Southern Africa, Tuberculosis easily spreads across national borders. This project represents a paradigm shift in the prevention and treatment of Tuberculosis at the subregional level by creating a multisectoral platform for regionally coordinated actions to deal with the spread of the disease across borders.

The project contributes to regional, continental and global frameworks on Tuberculosis such as the SADC Strategic Framework for Control of Tuberculosis, the Catalytic Framework to End AIDS, TB and Eliminate Malaria in Africa by 2030, and the World Health Organization (WHO) End TB Strategy respectively, among others. 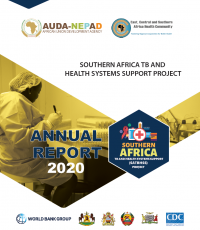 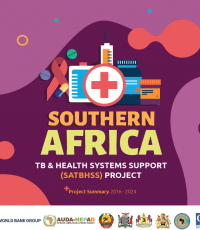